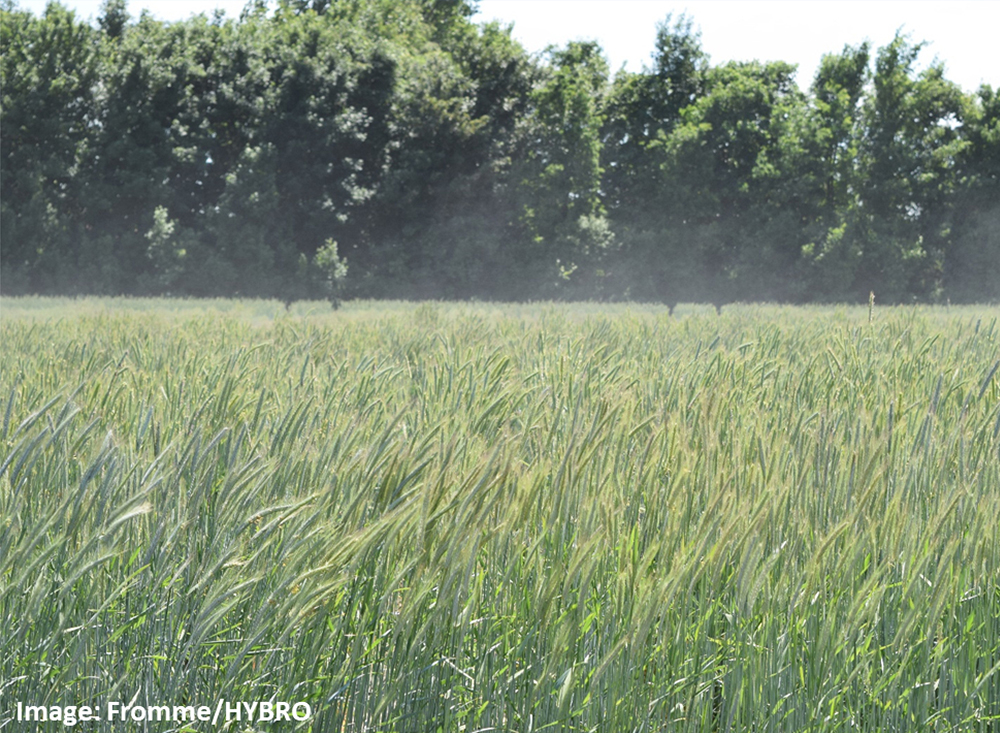 The cross-pollinating rye is unique among the small-grain cereals with respect to its reproduction biology. A single rye ear produces ca. 4 Mio. pollen grains, that are dispersed by wind throughout a population, as illustrated by the pollen cloud on this image of a rye nursery in Brandenburg/Germany 2018.

In open-pollinating rye population varieties, fertilization between genetically related individuals is prevented by a sophisticated bi-factorial cell-cell recognition system between stigma and pollen grains. As a consequence of this so-called self-incompatibility system, the established seeds combine hereditary traits of both parents, and the resulting offspring constitute heterogenous cohorts of highly heterozygous genotypes. In changing environments, some of the individuals resulting from cross-pollination still may be capable of coping with a new challenge, ensuring survival of the species.