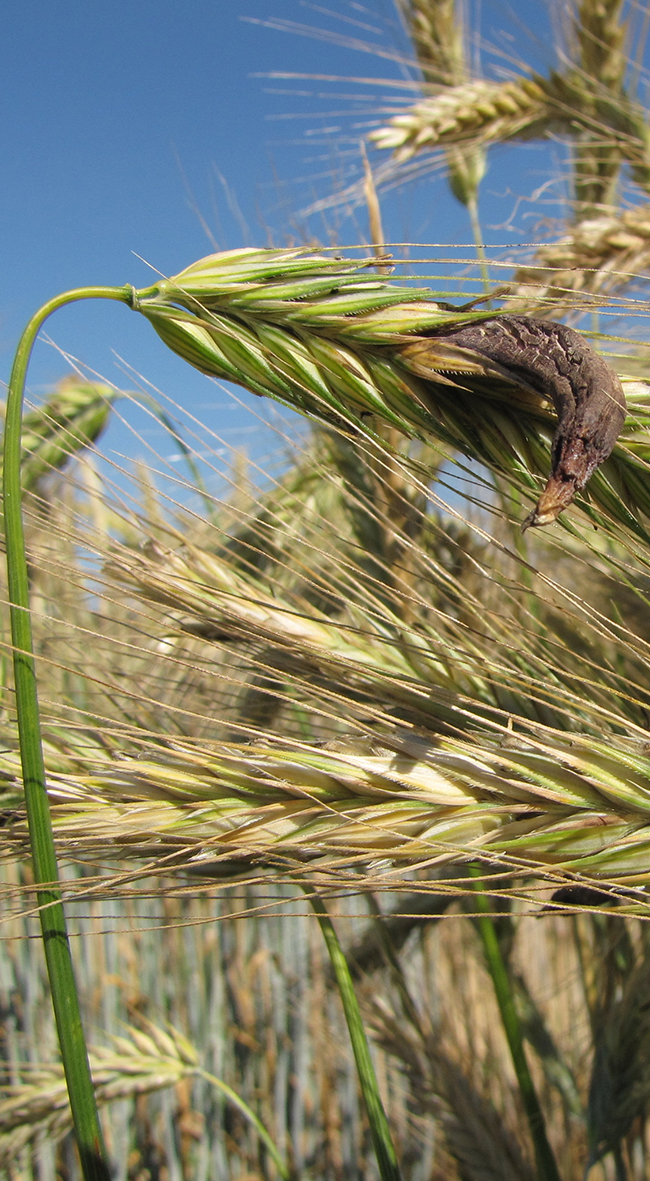 Ergot is a disease of cereals and grasses caused by fungi in the genus Claviceps. At anthesis the open, non-fertilized florets enable ergot spores to access the stigma and mimic pollination. Instead of grains, dark purple or even white horn-shaped ergot sclerotia  appear, ranging from a few millimetres up to six centimetres in size.

CMS-based rye hybrids with an unsatisfactory restoration level and reduced pollen shedding are notably susceptible to ergot as the fungal spores have no competitors during the infection of the stigmatic tissue. The risk of ergot contamination in rye may be particularly high in years with cool and rainy weather during rye flowering which in turn results in high costs for cleaning the harvested seed.

Because of the toxicity of ergot sclerotia for human and animals, the European Community regulation No. 687/2008 restricts the concentration of ergot bodies to 0.05% in wheat for human consumption. This threshold is commercially used in rye as well. The European directive 2002/32/EC on undesirable substances in animal feed fixes a limit of 0.1% for ergot in feedstuff containing unground cereals.

The compliance of these thresholds for ergot contamination in the harvest is, thus, critical for a reliable marketing of rye products. Thus, ergot infection counts among the economically most important diseases in rye and needs to be minimized in commercial production.