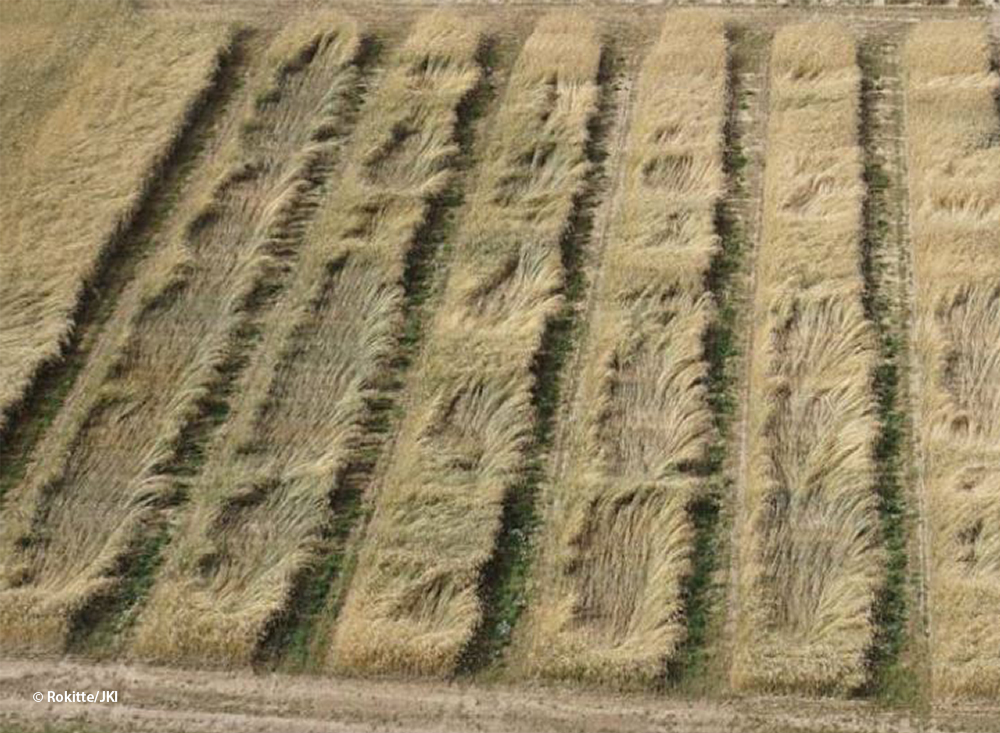 Hybrid breeding has resulted in a substantial breeding progress for yield and quality traits in rye during the last 26 years. Recently, genome-based prediction of breeding values has been implemented in a hybrid rye breeding program, which is expected to further increase selection gain. Despite of these major achievements, major challenges in rye cultivation remain, including, lodging and a much lower harvest index (HI) as compared to wheat. Plant height is a major factor influencing lodging tolerance and counts among the major target traits in rye breeding. Plant height is a quantitative inherited trait with complex genetic architecture in rye, rendering the genetic improvement of plant height a challenging task. The dominant dwarfing gene Ddw1, that was initially designated Humilus, offers a breeder's option to improve lodging resistance and increase the HI of rye. Ddw1 has been successfully used in breeding of open pollinating cultivars, which may be characterised by increasing frequencies of tall plants, as genotypes carrying the recessive ddw1 allele are difficult to detected within the seed multiplication process of a semi-dwarf open-pollinating population. However, this mutant has not yet been utilized in hybrid breeding programs.

We have applied de novo transcriptome sequencing and comparative mapping to establish and use novel markers for the introgression of Ddw1 into the Petkus pool. Homozygous semi-dwarf as well as near isogenic tall BC3S2 lines in the male sterility inducing Pampa (P) cytoplasm are now available to develop semi-dwarf P-type hybrids for the first time ever in rye improvement programs.