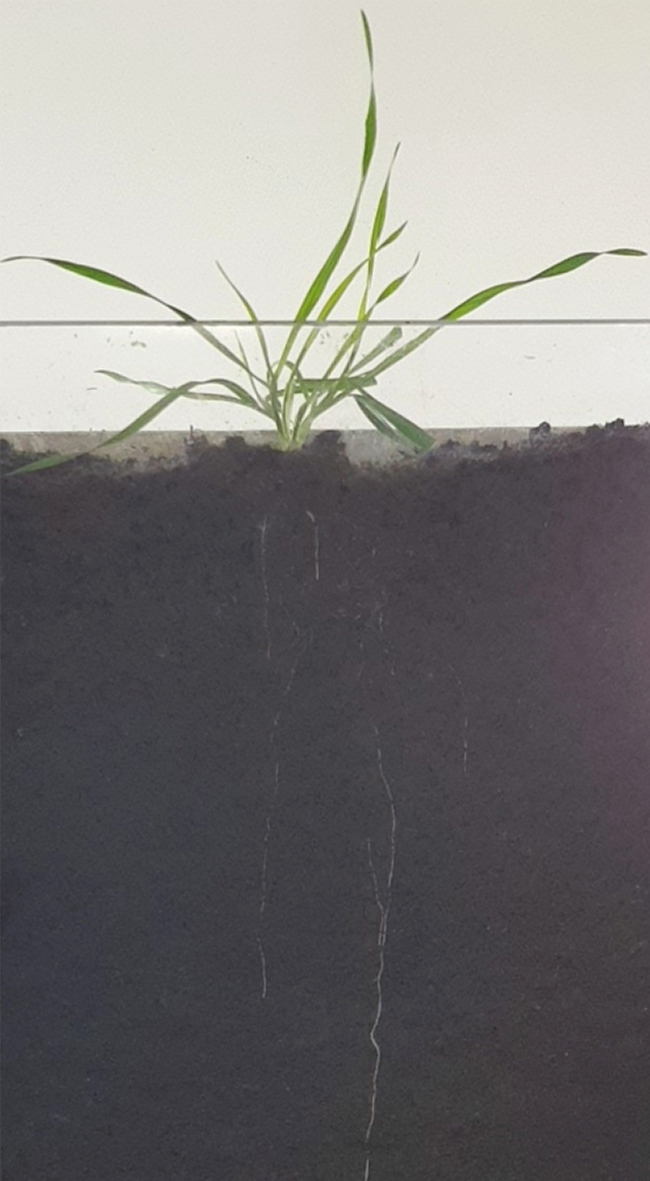 The main driver enabling rye cultivation on light soils with low fertility and low water capacity is its highly developed root system, which facilitates a very efficient uptake of water and nutrients. The entire root system of a single rye plant consisted of 13,815,672 branches, with a total length of 622 km, a surface area of 401 m2, and a total root hair length of 11,000 km. Winter rye showed the lowest yield reduction compared to winter wheat, winter barley, and winter triticale, when rainfall was fully excluded by means of rain-out shelters from tillering until harvest. Rye reduced nitrate leaching at the field scale by up to 93%, followed by barley (87%) and wheat (57%), as compared to the estimated seasonal average of 43 kg ha-1 over the winter fallow period without cover crop. The increased Nitrogen Use Efficiency (NUE) of rye is mainly attributed to its higher specific root length. The high NUE of winter rye also enables grain production with the lowest carbon footprint as compared to wheat, triticale, barley and oats. Thus, the cultivation of rye contributes to reduce nitrogen losses and greenhouse gas emissions. Both are serious challenges for (i) a sustainable agriculture that should ensure food security for a growing human population as well as (ii) the need to manage the world's continuously increasing demand for energy and fresh water in view of climate change.